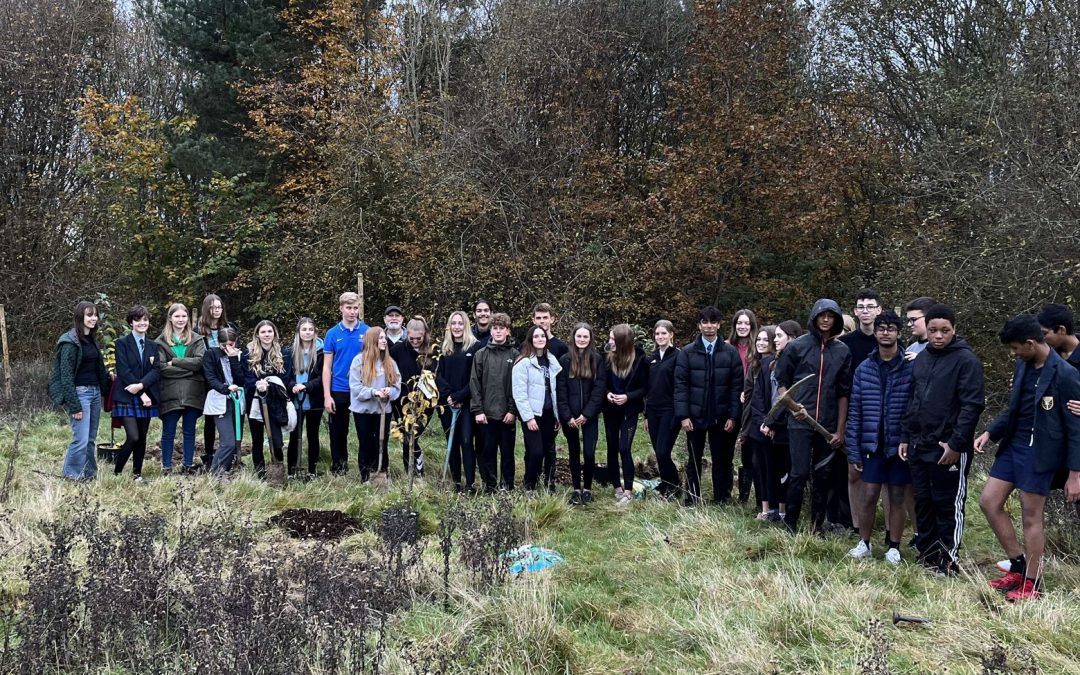 It was an action packed couple of days on the 19th and 20th November beginning with the students planting potted silver birches in one location, digging holes for 24 planned fruit trees and for Limes and Beech trees planned for spaces on the edges of the school site. In Total 57 trees are in the plan which was drafted by Liam Lord , Park Ranger for Adur & Worthing Council . Donors and sponsors from the crowdfunding campaign organised by TreeAction which raised over £7000 turned up to plant the trees they had sponsored on the 20th. These included 94 year old Mrs Ernestine ‘Tina’ Owens who has been an active supporter of the Cuckfield community since arriving in the country 1947. She is an avid gardener and her son went to the school in the 1960’s. A TreeAction Certificate of Dedication and the Cherry tree Tina chose on site were a present from her grandson, Gary Owens. Other tree sponsors included Anna and Ann Mackie, Dave Wells, Deanna Nicholson. A deer fence has been erected to protect the fruit trees and the students will be tasked with a plan to water and maintain the trees until they are well established, giving them lots of opportunities to get outdoors and connect with the environment. Thanks for everyone who helped to make this happen for the students, the school and the environment.